Resident Amanda and her daughter.

Traditionally, people who live in manufactured housing parks own their homes but not the land on which they’re located. Although people still call them “mobile homes,” these houses are no more easily moved than any other type of home. “These houses are meant to be tied down in place on a slab or foundation,” said Tara Reardon, the ROC-NH Director, “and people add porches and decks to them. Moving them is just as difficult as moving any other house—they’re designed to stay in place.”

However, residents who live in housing parks owned by investors may see the rents on their lots rise steeply, sometimes pricing them out of their homes. “The homeowners are often low- and moderate-income people who rarely have the money to move their homes,” said Tara. “If the lot rents go up, the park infrastructure is poorly maintained, or the park closes, they can lose their homes, the most valuable asset they own.”

ROC-NH helps residents work together to form nonprofit cooperatives, purchase the park and create resident-owned communities. “There are 113 resident-owned communities in New Hampshire now,” said Tara. “We have a group of 10 staff members who help organize the residents and serve as their coaches on fair housing, conflict resolution, team building and infrastructure maintenance. Often the Community Loan Fund is their mortgage holder, so we stay with them for the life of the loan to ensure the community is successful.”

Residents in their manufactured home.

Manufactured housing is much less expensive than other types of housing, allowing people to own homes in communities where they can’t afford to rent an apartment. “At one of our parks, a woman told me that her lot rent was $220 and she had no mortgage,” said Tara. “She said she and her daughter couldn’t afford to pay for housing otherwise and would be homeless.”

There are 113 ROCs in New Hampshire, representing close to 25% of the total manufactured housing parks in the state. The cooperative sizes range from six lots to nearly four hundred. And there are now programs like ROC-NH across the country, covering 22 states under the ROC USA umbrella.

Religious communities have been involved as investors with the Community Loan Fund since the beginning. “Our very first cooperative, Meredith Center, would never have happened if Sisters of Mercy hadn’t made a loan to us,” said Tara. “Without continued investments from like-minded people like RCIF, we wouldn’t have the funds to loan to the people we help.”

Lidia de la Cruz is running a successful afterschool program in the Dominican Republic town of El Toro de Guerra thanks to ECLOF, one of RCIF’s international loan fund borrowers. Lidia has expanded her Escuelita Arco Iris (Rainbow School) over the past four years with consecutive loans from ECLOF, and provides homework support to thirty children. It’s a crucial and affordable program for parents struggling to support their families in a high-poverty region.

ECLOF is an international microfinance organization serving very small business owners in nineteen countries. The agency specializes in providing financial services to potential borrowers who are overlooked by other microlenders.Its ECLOF Dominicana program, founded thirty years ago, serves 17,000 micro entrepreneurs in the Dominican Republic, 81% of whom are women. Loans average $330, and borrowers attend monthly trainings on topics such as financial literacy, accounting, sales and marketing. RCIF’s funding has translated into more than 800 new borrowers being served. 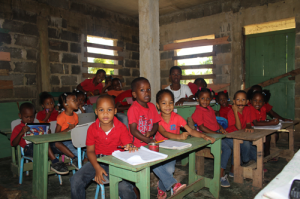 “Our microloan program gives them an opportunity to lift themselves out of poverty,” said Nicolas Karambadzakis, Partner Relations Consultant for ECLOF International. “We’re offering a hand to people who want to open or expand a business from a very small basis in areas characterized by crowding, limited infrastructure, low education rates, high crime, and lack of access to basic services.” While some borrowers are farmers, most live in urban areas and own small stores or service businesses. Some borrow funds as individuals, while other business owners form groups and co-guarantee each other’s loans in lieu of collateral.

“We wanted to work with RCIF because we see an alignment in the objectives and common Christian values of our organizations,” said Nicolas. “We both want to contribute to the fight against poverty. ECLOF’s mission is about economic justice, and about enhancing the dignity of each and every person that we serve.” 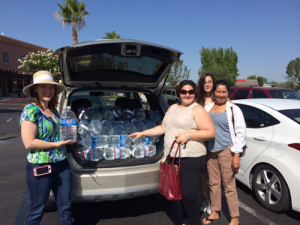 If you pour yourself a glass of water from the tap, is that water safe to drink? In the American West, the answer depends on if you live in a rural community. In California, for example, 98% of people have safe public water to drink. “The 2% who don’t all live in small, rural, disadvantaged communities,” said Stanley Keasling, Chief Executive Officer of the Rural Community Assistance Corporation (RCAC). “Those people are often low-income people of color, and they have to pay for water service to their homes, and then pay again for bottled water for drinking.”

The American West has been hard hit by drought conditions in recent years, putting extra burdens on the region’s small rural communities. Even before the drought, many were struggling to provide safe drinking water to their residents, with serious health consequences to women and children. Rural groundwater may be contaminated with nitrates, arsenic, coliform bacteria, pesticides and disinfectant byproducts due to extensive local farming, ranching and mining activities. Long-term exposure can cause a host of illnesses, including birth defects, pregnancy complications, cancer, rashes and mental impairment.

“One small water district manager told me that his community had turned off their arsenic treatment plant because they couldn’t afford to run it,” said Stan. “Instead, they bypassed it and told people not to drink the water. Small rural communities often have only one source of water—one well—and if that goes dry or is contaminated, what do they do?”

In response, RCAC has developed a regional consolidation model so that small rural communities can afford the infrastructure needed to solve their water problems. “If there are two little towns in relative proximity to each other, we help them jointly operate and maintain their water systems,” said Stan. “This allows them to develop an economy of scale and provide clean water to all their residents. We also encourage small communities to partner with larger ones.”

RCAC works throughout the American West. “We’re doing regionalization projects in New Mexico, Arizona, Utah, California and Washington,” said Stan, “and trying to build a consciousness about this idea. We want to help small rural communities be healthy, vibrant and enduring through these infrastructure improvements. And RCIF is an essential resource to help pay for the studies and costs. It’s a big part of the emergency work we do with small communities. We share a common mission with RCIF, and it’s always nice to work with people who have a double bottom line to their investments, like we do. Having low-interest funds helps us make our loans work for rural communities.” 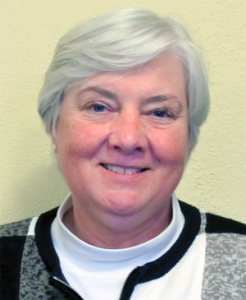 Vicki Cummings, CFO of the Sisters of the Holy Names of Jesus and Mary, and new RCIF Board member.

Please join us in welcoming Vicki Cummings, CFO of the Sisters of the Holy Names of Jesus and Mary, to the RCIF Board. Vicki earned her accounting degree at Moorhead State University in Minnesota, and worked in public accounting for ten years. After a position at Arthur Andersen in San Francisco, she became the CFO of the Sisters of Mercy in Burlingame, California in 1988. “They had been one of my clients when I worked at Arthur Andersen and then I joined their staff,” Vicki said. “At Sisters of Mercy I became familiar with community development investments, and I initiated a program for them. I enjoy doing community development investing because it’s such a wonderful outreach and a way for the sisters’ money to be involved in the communities where they’re no longer visibly in ministry.”

Vicki stayed with Sisters of Mercy for 18 years, and then moved to Portland, Oregon to become the CFO of the Sisters of the Holy Names. “When I came here it was a newly reconfigured province,” she said. “All the sisters in the United States had just come together as one province. We had many priority projects in the first years, so it’s only been in the last couple of years that we’ve really been able to be focused on our community investing.”

Because the Holy Name Sisters of is one of the founding members of RCIF, Vicki is already very familiar with RCIF’s work and has served as the sisters’ member representative. “I decided to join the RCIF Board as well to be a greater part of the sisters’ commitment to community development investing,” she said. “I like the model of RCIF, with various religious communities working collaboratively, and I wanted to be able to support that collaboration as we move forward. RCIF helps us spread risk and make a statement with our money, domestically and internationally.”

Vicki says that while she’s not Catholic, her faith is very important to her, and she sees her work with the Holy Name Sisters and RCIF as a ministry and extension of who she is. “Working with the sisters has been an incredible experience and adventure for me,” she said. “I appreciate the commitment they have to serving the poor and underserved, and I am able to help facilitate that. The sisters have taken leadership in the world and church for so many years, but so quietly that people don’t always realize all that they do. Our investments help get their names out in the community again.”

Promoting an economy of solidarity and reflecting the Gospel values of economic justice, compassion, human dignity and environmental stewardship.